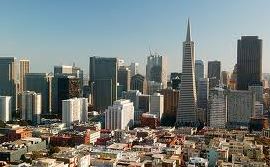 “We are in an outright boom; the strongest place in America.” Those were the resounding words spoken by Kenneth Rosen, chairman of the Fisher Center for Real Estate and Urban Economics at the Haas School of Business of the University of California, Berkeley, as he opened the center’s 19th annual conference, Monday, April 28, describing the state of the Bay Area real estate market.

The information presented at the event summarized the state of the national economy, with special emphasis on the regional figures, as well. But it was the assessment of the real estate industry that most of the attendees of the event wanted to hear. Unsurprisingly, the region checked in as healthy as one would expect.

Read the full story at The Registry.